6.1 Are Cars Safer Nowadays? From the Wagon to the Most Sophisticated Cars.

In 1886, Carl Benz appeared on the streets of quiet Mannhein, Germany, with an absolutely “useless novelty” for the time. A motor tricycle that had a speed velocity of only 13 kilometers per hour, while a horse ran four times more.

In 1885, the engineer Gottieb Daimler, who had worked with Count Otto, invented a motorized wooden bicycle, which he called a "mount." Mounted on it, the clever Gottlieb covered the 3,000 meters of a German road at a speed of 6 km per hour. Reactions to both Benz's vehicle and Daimler's bicycle (fig.1) were not exactly what the inventors expected. The people called Daimler's bicycle "little monsters" (which was "capable of shaking the marrow and bones ...") and the authorities of Mannheim forbade Carl Benz to go to the streets with his tricycle. And to ensure compliance with these orders, they placed a guard in front of the inventor's house.
Benz's "car" was just an explosing engine that moved a two-seat tricycle. Who made this business a more or less useful machine were the French Rene Panhard and Emile Levassor.

In 1891, they put the engine in front and created the transmission by chains, the clutch and the gearbox, thus starting the mechanical scheme.
The Carl Benz’s factory launched a four-wheel car a few months after the tricycle, publishing the first announces, where the car was presented as "practical, safe and the true substitute of horse and coachman...".
Michelin introduced the tires.

Panhard made the first closed body.

Dietrich Bolle had the idea of ​​the windshield.

In 1889, Gottlieb Daimler invented the accelerator pedal. It was made of wood and hence the expressions "sit the boot" and "foot on the board".

In 1899, Renault appeared with the power transmission shaft of the engine to the rear wheels, which made the cars less noisy.

The progressive increase of the vehicle’s speed causes the beginning of appearance of laws.

In England the maximum speed was 6 km per hour. Unsatisfied, the British authorities further approved the "Red Flag Law," which obliged the driver to send a helper sixty feet in front of the car, alerting pedestrians with a red cloth. But it seems that such legislation did not exist to protect the citizen on foot. The real purpose was the integrity of automobiles. In addition, the cars made noise and spread smelly smoke. The discharge was free and the wheels were those of a carriage 1 meter in diameter.

Although cars already had windshields, this did not make their driver use protective glasses against fumes and dust from traffic.

At the Hygiene Congress in Blackpool, England, Sir James Brown argued that the car went mad. For the English doctor, the vibrations of the great speeds shuffled the cerebral matter.

In 1904, Cadillac launched the anti-theft system.

In 1906 the Vauxhall model presented a model in which the driver had to sit on the top (and back) of the vehicle (Fig. 2), as did the coachmen of the “caleches”. These drastic laws fell after 1906, when the Americans invented the most important component of the automobile until then: the bumpers.

The Americans invented the assembly line, the car with phone and starter motor, which dispensed the crank and made the steering wheel accessible to women.

The first accident in Portugal with a car: "The first vehicle arrived in Portugal in 1895, it was a Panhard-Levassor (fig.5). It was acquired by the Count of Avilez and on the first trip, between Lisbon and Santiago do Cacém, the first car accident occurred in Portugal, which was a clash with an animal. "

D. Afonso, the younger brother of King D. Carlos, a lover of cars and speeds, who was also a volunteer firefighter, ran through the streets of the city shouting: "Arreda, Arreda!" To get him out of the way. This earned him the nickname: Arreda.

- Mercedes kept the brake up until recently.

- The introduction of the third stop at the rear of the vehicles is due to the fact that the central part of the eye (more precisely, the retina) is more sensitive to red, shortening the reaction time to braking by about 0.2 seconds.

- A little more peripherally, the retina has a greater sensitivity to the luminance and to the yellow-blue axis. For this reason the light of the fuel reserve is yellow, which facilitates its perception - when it lights up we notice it without looking at it.

- Ergonomic counters. In relation to the yellow-blue axis we have some marks that have adopted in the speedometers (fig.4) numbers in blue to the periphery, and the pointer of indication of the speed in red, more important for the vision. Others have adopted black markers with white characters, as the periphery of the retina is more sensitive to the black background with white characters, and red pointers, as the central part of the retina is more sensitive to red.

Polarized lenses - depending on the position of the operator's head, can block the vibration planes of light allowed by the windscreen, interfering with the visualization of the dials (instruments, radios, ...) and eliminating digital information, especially if the display is nocturnal, green with digits in black.

Natural light is a non-polarized light, vibrating in an undulating way and in all directions.

When we put a polarized filter, it will only let light pass in the direction to which this filter is directed. The purpose of the use of polarized lenses is the elimination of type A ultraviolet radiation up to 400 nm (SkyPol from ZEISS).

The use of polarized lenses may be inconvenient when the operator uses this type of lens with other polarized systems, such as radios, car windshields (showing irregularities), etc., depending the elimination of information on direction of polarization. (fig.3))

Photochromic lenses change from light to dark and vice versa. This type of activation is given by ultraviolet rays, when they darken, or by absence when they lighten.

Currently there are two versions: Transition VII and Xtractive. Trantision VII for users who spend more time indoors. They do not darken inside the motor vehicles because the windscreen of the windshield has lead components.

In countries with high or low temperatures, they also do not "respond" to total darkness as in countries in temperate zones.

The Xtractive are more targeted towards users who spend more time outdoors, darkening slightly more than TrasitionVII lenses, continuing to have a slight coloration indoors. In the interior of the vehicles they turn out to darken, practically like the lenses with TrantionsVII outside, in a situation of cloudy sky. They are not dependent on the high temperatures as with Transitions VII lenses, darkening more than these. In addition to these lenses there are other photochromic materials such as ZEISS PhotoFusion or Hoya Sensity, among others.

According to the German Federal Aviation Authority, the use of photochromic or polarized lenses for aircraft pilots is completely inadvisable.

The use of yellow lenses is contraindicated in night vision, as they reduce visual acuity by about 10%.

In car driving, the lenses should provide good insight into the passenger compartment and out through the windshield and mirrors, according to the age of the driver.

As much as possible avoid the dazzle caused by natural light or exterior lights such as Xenon headlamps and LEDS.

Among the leading manufacturers of lenses that obey these characteristics we highlight: Zeiss Drive Safe, Varilux Road Pilot and Enroute Hoya.

Varilux Road Pilot Xperio lenses are the most effective lenses to drive, however they are polarized lenses.

The polarizing filter is combined with a special brownish color to produce greater effect on contrast, color perception, and eliminates glare.

Advice for car drivers who have to wear glasses: Choose frames with rims in the temporal zone, so as to not obstruct the side view.

Some suggestions for drivers:

- If you feel eye strain, sensitivity to light, brightness and reflexes, you should consult your specialist;

- Drivers with corrective glasses or contact lenses should have a pair of spare glasses in the car;

- Carefully clean the lens and windshield to reduce light reflection;

- When the sun shines, protect your eyes from bright light with sunglasses (class 3, maximum). Only polarized lenses effectively prevent glare, and are also perfect for fog or wet weather; 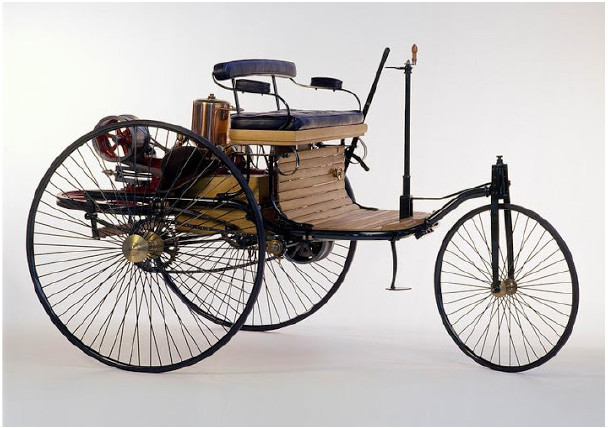 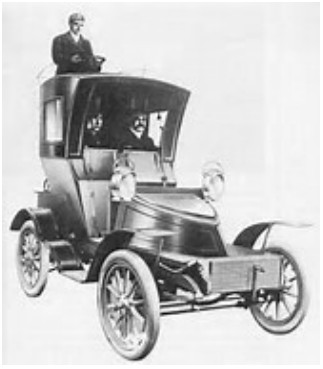 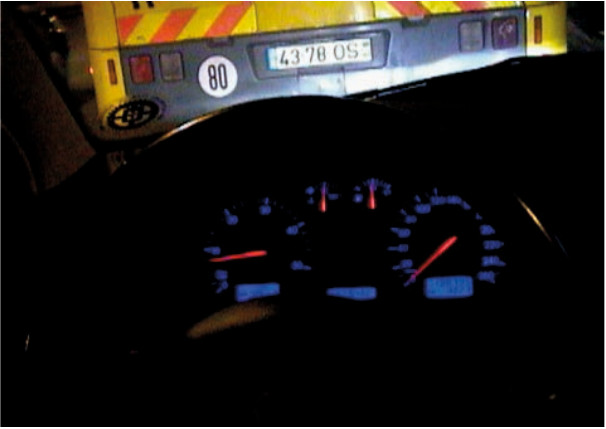 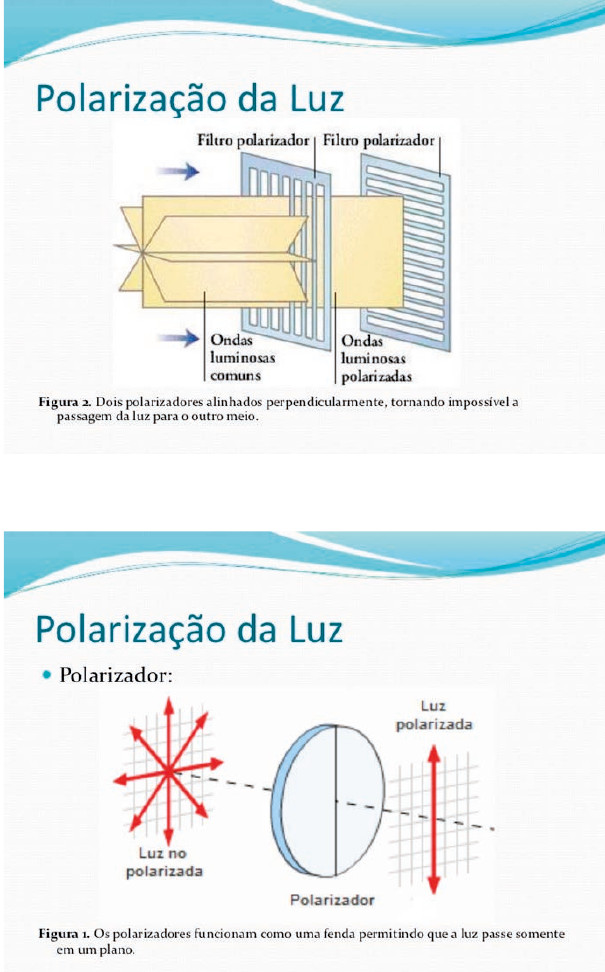